After a night in hospital, Pablo (a university student based in Melbourne), tried to piece together what had happened the day before.* 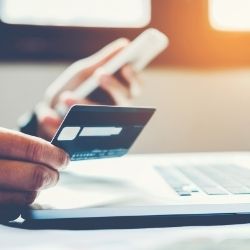 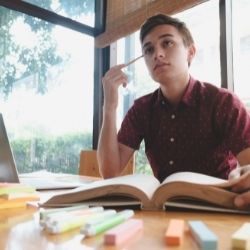 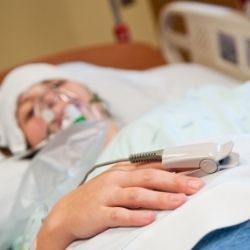 He remembered hearing the doorbell ring and being pleasantly surprised that Vern, who he met through an online marketplace, had arrived on time to buy his phone. So often had people shown up late, or not shown up at all. His head pounded as he remembered what happened next. On opening the door, he was knocked to the ground with a punch to the face, and then kicked several times in the ribs. The assailant then ripped the phone off him, and ran off with it down the road.

Pablo had a broken nose and two broken ribs.

Unfortunately Pablo’s experience is not unique on online marketplaces. Fraudulent identities are set up, and criminals use fake profiles to target people with items they want.

In the same month an elderly Brisbane couple were victims of identity theft when trying to sell an antique desk on an online marketplace; a man selling jewelry from his home in Perth was beaten and the jewelry he had listed was stolen; and a man in Sydney was robbed of his phone by a man he met on an online marketplace who threatened him with a metal pole.

How to avoid being robbed and scammed on online marketplaces :

Luckily there´s a few steps you can take which effectively eliminate the dangers of buying or selling through online marketplaces.

Arguably the most important way to protect yourself in online marketplaces is to choose a marketplace which has a high level of identity verification. This needs to extend beyond a simple facebook account, or cursory phone or email verification.

Look for marketplaces with identity verification through third party identity providers such as Stripe.

Avoid platforms which allow users to easily set up multiple accounts (also known as “burner” accounts). One of the key characteristics of online fraudsters is a recently created account with no transaction history. This enables criminals to quickly set up accounts to use for scams, and then burn them after each use.

If you were thinking that the alternative to using cash, is to provide the buyer (generally a complete stranger) with your bank account details we need to sit down and have a serious talk! The combination of your name and bank account details should never be shared with strangers. Not only does providing such information open you up to financial scams, it can also open the door to identity theft!

Instead, use platforms with inbuilt secure payment systems, where your bank account details are encrypted and protected by iron clad security systems (such as Paypal or international payment system Stripe).

If you are worried about meeting someone at your home: our advice…….don´t. Instead meet them in public. You can use online chat functionality to agree on a mutually agreeable location. Organise a time during daylight hours, and where you know other people will be present (think the local service station or mall, rather than the back alley).

The solution to the problem?

Rosella Street addresses these security issues, and keeps you safe and sound when selling on online marketplaces. All users on the platform are genuine, vetted customers. Key features of the platform include:

·       An inbuilt secure payment system used by all users of the platform (no cash, no exchange of bank account details)

·       User data encrypted and protected by the highest levels of security.

What’s more Rosella Street donates a dollar from every sale to community and environmental initiatives, and also has a rental marketplace which gives you the option to rent rather than buy items.

So, what are you waiting for, join your neighbours on Rosella Street!

*examples of crimes provided are based on actual events